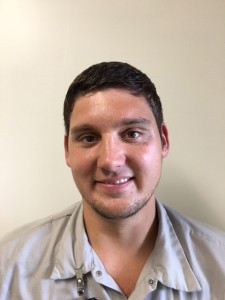 December 12, 2017- West Star Aviation is pleased to announce Matt Neisler, their Hawker Beechcraft Lead, has been awarded the 40 Under 40 Next Gen award from Aircraft Maintenance Technology (AMT) Magazine.

This award program was developed by AMT three years ago to encourage, educate and promote the industry to the younger generation by spotlighting industry professionals under 40.

Matt graduated from South Georgia Technical College with his Airframe and Power Plant rating. While in A&P school, he received training in aircraft maintenance at TIMCO Aviation. His hands-on experience at TIMCO and A&P classes provided him with advanced maintenance training and familiarization on Hawker 800XP, 850XP, 900XP and Pro-line 21 maintenance initial with Run and Taxi.

After graduation, Matt began his career with West Star Aviation as a mechanic, following two years of hands-on experience and adapting to West Star’s world-class service standards, Matt was promoted to team lead at their state-of-the-art facility in Chattanooga.

“I nominated Matt for this award because he has a passion for aviation and always takes the time to mentor a less experienced mechanic and he exudes the world-class service mentality that we pride ourselves on at West Star. He has a continued desire to learn and grow in the industry,” said Thomas Hilboldt, general manager, West Star Aviation.